Despite the sanctions from the European Union, business in Russia does not stand still. And, as practice and analysis of existing norms of Russian legislation show, for German manufacturers all the circumstances favor the opening of production in Russia. Let us analyze the legal conditions for this in more detail.

Despite the sanctions from the European Union and the Russian Federation’s response measures, business does not stand still. Trade relations between Russia and Germany remain, although volumes have decreased. According to the Russian-German Chamber of Commerce, German exports to Russia in 2015 fell to about 21 billion euros (from the level of 29.5 billion euros), and 400 companies left the Russian market. Undoubtedly, such branches as agriculture, machine building, electric power industry suffered from the «war of sanctions». However, do not forget about the fact that the trend is more positive – only 400 of the more than 6000 companies of Germany, which are present on the Russian market, have closed. And according to EY research, the overwhelming majority of German concerns are not going to abandon their plans to enter the Russian market. One of the main arguments is the fact that Russia is a huge market that cannot be lost, and that production in the country has fallen significantly due to the depreciation of the ruble. Exports from Russia have become even more profitable, and the need for European, including German, technology, bigger.

In general, it is necessary to note the positive experience of major players on the Russian market. So, the pharmaceutical company Bionorica SE in July 2017 began to build a large plant near Voronezh, having a representative office in Moscow since 1993. The company Novartis in 2016 launched a factory in St. Petersburg. Russian subsidiary AstroZeneca already in 2015 opened a pharmaceutical plant in the Kaluga region, which began commercial production in the first quarter of 2016, and now the company plans to enter the full production cycle. Henkel is a separate company. Thus, at present Henkel Rus LLC operates in Russia with branches (factories) in Perm, Engels, Tosno, Togliatti, Stavropol, Ulyanovsk, Novosibirsk, Chelyabinsk and Moscow regions. As WirtschaftsWoche Heute wrote in 2016, Claas has long felt like a Russian manufacturer with significant production facilities in Krasnodar. It is worth noting separately that the Russian CLAAS plant in the course of the St. Petersburg International Economic Forum in 2016 concluded a special investment contract with the Ministry of Industry and Trade of Russia. This means that the company actually gets the status of a Russian producer and can claim the full support of the state, including subsidies for the production of agricultural machinery.

Who is harmed by sanctions

EU sanctions and Russia’s counter-sanctions relate primarily to trade between the member states of the European Union and Russia. So, let’s remind, the Regulation of EU №692/2014 has entered a ban on import of all goods made on the territory of the Republic of Crimea and the city of Sevastopol, with the exception of those that are supplied for the performance of contractual obligations established before September 26, 2014. Also, European companies are prohibited from providing loans and loans, as well as providing any technical assistance in any related infrastructure, telecommunications and energy projects on the territory of these subjects of the Russian Federation. Annex III (introduced by EU Regulation No. 825/2014) establishes a specific list of equipment and technologies that are prohibited from selling, delivering, importing, subsequently transferring, or in any way intermediating or facilitating transactions with them. EU Regulation No. 833/2014 (from September 12, 2014) also establishes a full embargo on the supply of dual-use goods to Russia.

Russia, in turn, responded to the food embargo by formulating its main parameters in the Presidential Decree No. 560 of 06.08.2014 «On the application of certain special economic measures to ensure the security of the Russian Federation», as well as the presidential decrees supplementing it on June 24 2015 No. 320, June 30, 2016 No. 305 and June 30, 2017 No. 293, adopted to implement the President’s Decree of the Government of the Russian Federation of August 7, 2014 No. 778 and other departmental acts. The Act establishes that by December 31, 2018, a ban on the import of agricultural products, raw materials and foodstuffs originating in the United States of America, the countries of the European Union, Canada, Australia, the Kingdom of Norway, Ukraine, the Republic of Albania, Montenegro, The Republic of Iceland and the Principality of Liechtenstein, according to the list according to the annex. «

However, bans on the part of the European Union do not apply to independent corporate structures created in accordance with Russian law. Consequently, if a company from the EU creates a subsidiary structure in Russia, there should be no problems with sanctions. The Russian authorities, in turn, did not impose any restrictions on the opening of subsidiaries of EU companies (and Germany in particular) on the territory of the country.

Before opening production in Russia, it is necessary to familiarize yourself with the regulatory framework. For foreign companies, the main applicable acts will be:

– Order of the Federal Tax Service of Russia of 25.01.2012 No. MMV-7-6/25@ «On the approval of forms and requirements for the processing of documents submitted to the registering authority for the state registration of legal entities, individual entrepreneurs and peasant (farm) farms».

As we mentioned earlier, it would be more reasonable to create on the territory of the Russian Federation a new independent legal entity, a subsidiary company. Russian corporate legislation distinguishes two basic organizational and legal forms of legal entities: limited liability companies (LLCs) and joint-stock companies (JSCs). It is worth noting that, referring to one, Romano-Germanic, legal system, Russia and Germany have generally uniform views on the principles of corporate law. In Germany there are also LLCs, but here it is necessary to note two important circumstances and differences of Russian corporate practice. First of all, the societies of one person (Einmanngesellschaft) in the Russian Federation are not separated into a separate legal form of legal entities, but it is possible to create an LLC as the sole founder, and the legislation gives this option due attention. Secondly, Russian corporate law does not provide for special, mixed forms of commercial partnerships (such as the existing in Germany GmbH&Co.KG, GmbH&Co. Still, EmbH&Co.KG, GmbH&Co. KgaA), but provides for several types of partnerships.

Also, when organizing production, several important legal requirements must be taken into account.

Also, foreigners should take into account the specifics of filling out an application for state registration of a legal entity when it is created (according to the form No. P11001). In particular, in section 5 of sheet H the applicant must personally indicate his name, first name and patronymic (if available) (Section 2.20.5, Section II of Appendix No. 20 to Order No. MMV-7-6/25@). It is important that this section should be completed in Russian, even if the applicant is a foreign citizen and does not speak Russian (paragraph 14.2.05.61 of Appendix No. 1 to the letter of the Federal Tax Service of Russia of 31.01.2014 N CA-4-14/1645@). It should also be noted that if a German company acts as one of the founders of a legal entity in Russia, it will require additional documents. For example, when submitting an application for registration of a legal entity with the Federal Tax Service of Russia, it will also be necessary to extract from the register of foreign legal entities of the country of origin of the founder or other equivalent in legal force proof of the legal status of the foreign legal entity – the founder, (paragraphs «d» 12 of the Law N 129-FZ, paragraph 5 of paragraph 18 of the Administrative Regulations).

It should be noted separately that the activities of German businessmen in the Russian Federation are actively cooperating in business terms. The Russian-German foreign trade chamber is active. It is important to note that this organization provides free services to German businesses, including information services.

If we analyze the annual report of the Chamber for 2016, you can understand that the organization (even in the conditions of prolonging the regime of sanctions and counter-suits), rather, expands its activities and actively interacting with authorities in different regions, contributes to the development of German production in Russia, trade between Germany and Russia.

Thus, under the circumstances, it is extremely profitable for German producers to open production in Russia. 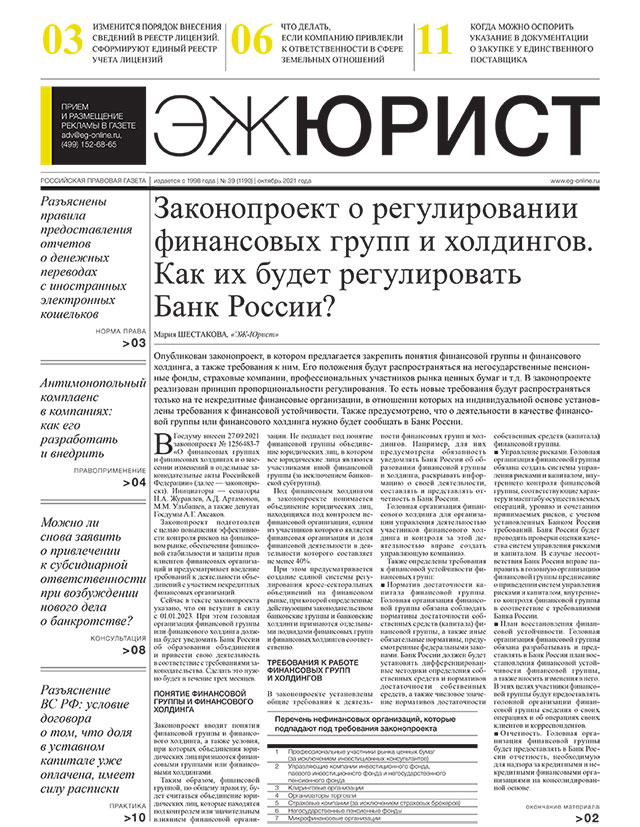